As anyone who has completed an international assignment will tell you, each country has cultural differences and norms that can make expatriate life challenging. In this continuing series spotlighting country cultural differences, we will examine some of the aspects of culture in Mexico, a common location for international assignments. Below, our long-time trusted partner, IOR Global Services, provides important information for successful cultural integration. 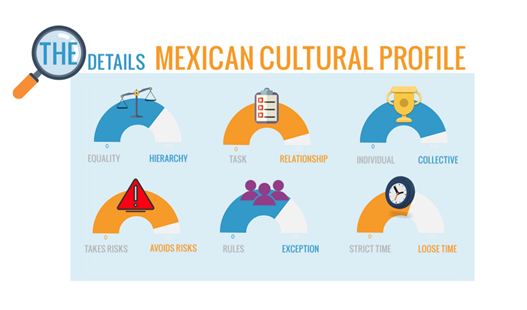 Want to learn more about an assignee’s day-to-day life in Mexico (or any other country)? Please contact your Aires representative.

Listener Beware, You’re in for an (Aires) Scare: The Aires Scares Playlist

Listener Beware, You’re in for an (Aires) Scare: The Aires Scares Playlist

Halloween may feel a little like it’s all tricks and no treats this year, and if there’s something strange in your neigh...

How to Create an Authentic Training Experience in a Virtual World

How to Create an Authentic Training Experience in a Virtual World

In 2020, the Aires Training team was tasked with moving all our programs to a virtual environment. The biggest challenge...

Ed Hartman joined Aires in 2004 with CFO experience in both private and public companies, and with extensive experience ...