Joleen Lauffer began her career at Aires 24 years ago as an account coordinator. She successfully navigated roles in operations, client services and sales before earning her position as Executive Vice President. Through working diligently, continuing her education, and placing an emphasis on driving the entire company forward, she has played an integral role in ultimately shaping the organization and driving strategic projects that have set the tone for who we are today.

Early in her leadership journey, Joleen recognized the way technology would impact both our company and the broader mobility industry. She has continually focused on developing new products and services to keep Aires at the forefront of the industry while also driving Diversity, Equity, and Inclusion initiatives in keeping with Aires’ dedication to integrity in all we do. In honor of Aires’ 40th Anniversary, we sat down with Joleen to hear her inspiring story.

A CHANCE WORTH TAKING

After graduating from Washington & Jefferson College with degrees in both Business and Spanish, Joleen began working in a sales position for a copy machine company.

“Aires was in my sales territory, so I used to drive by every day. I was intrigued by what the company did because I had studied international business and had also majored in Spanish, so I was really interested in any international company,” said Lauffer. One day, Lauffer stopped by Aires on a sales call.

“Normally, my job was to find out what kind of copy machines people had and try to sell them a new one, but when I walked in the door, I changed my mind,” said Lauffer. Instead of asking about copy machines, Lauffer decided to ask for information about the company and if they were hiring.

“They weren’t hiring at the time, but I talked them into chatting with me anyway. It didn’t take long until they had an opening, and I started as an Account Coordinator,” said Lauffer.

When Lauffer joined Aires, it was in the early years of transitioning from an international household goods forwarding company to a full-service global mobility company.

“We were largely unknown when it came to relocation management companies. When we were competing for new business, we were always the underdog,” said Lauffer. Being an underdog in the industry didn’t bother Lauffer at all though. In fact, it motivated her.

“I sort of miss that part of who we are because it’s fun to walk in and knock people’s socks off whenever they don’t know what to expect,” said Lauffer.

Aires has gone through various changes over the years and continues to evolve. “One of the biggest changes for me is we are no longer an underdog,” said Lauffer. “Another big change for me is our overall maturity as an organization. It’s not only having subject matter expertise of the services that we’re delivering day-in and day-out, but it’s also having a strategy, talent management, and making sure that the people we bring in are going to bring us to the next level.”

Today – forty years since inception – Aires is still prospering and continuing to provide world-class global mobility solutions. “I think where we stand today is as a highly respected company, and we are definitely viewed as a leader in this industry. That’s something I take a lot of pride in,” said Lauffer. 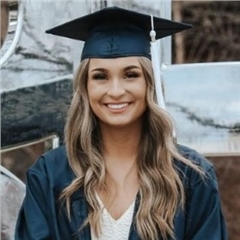