Chilling Tales of Relocation, Vol. 1: It Was a Dark and Stormy Night

The Smith family – Rachel, Daniela, and their twin boys Carlos and Mateo had just landed in their destination airport of Pittsburgh. Their flight was horrendously delayed, and they arrived well past the boys’ bedtimes. They headed, zombie-like, toward the rental car counter. The wind howled outside; large, wet leaves slapped the huge windows loudly causing the boys to jump with every noise. The rental car counter’s sign swung eerily as it read, “CLOSED” in angry red letters. The family looked around to the other counters which had all been spookily closed due to overbooking.

After piling into a very expensive car-share, the family made their way to the hotel. The light flickered in the empty lobby when suddenly, a very pale man appeared out of nowhere. Carlos grabbed hold of his brother’s hand as he looked onto the man’s pointy canine teeth. The sight filled him with such a fright! The man behind the desk explained that they didn’t have their reservation but could put them in the room next to the freight elevator. Rachel and Daniela exchanged a wary glance and agreed due to exhaustion.

“Tomorrow we’ll get into our new house, and our shipment arrives,” Rachel told the boys as they brushed their teeth that night. “It will all be okay.”

But it wasn’t okay. All night the hotel came alive with ghoulish groans from the elevator. Heavy footsteps pounded the hallways and Mateo wondered if the creepy concierge from the lobby was slinking around.

When morning came, the family piled into another car share and made their way to the new house. When they pulled up, a flock of crows scattered from the scrubby grass of the front lawn which gave way to their imposing house that appeared to have its great head back against the sky without a concession to humanity.

The family made their way inside the house. To Carlos and Mateo’s horror, portraits lined the walls of sallow-faced men and women who look like they’d never smiled a day in their life. They could swear the eyes followed them when they walked from one side to the other to take them all in. In the other room, their mothers whispered angrily about the real estate agent not disclosing these characteristics of the house, and the kids exchanged a worried glance.

More horrible things happened. The shipment never came. The car shipment was indefinitely delayed. The water ran brown from the taps. The lights flickered in tandem with the tempest brewing outside. Carlos and Mateo were certain heard giggling from the basement, and when they went to check it out, they found lots of water and mildew dotting the stone walls.

“That’s it!” Daniela exclaimed. “I can’t do this. I should have had some professional help! How was I expected to manage this huge move on my own? We are leaving!”

And, just like that, the family left. Daniela left the home, and her company, fleeing the failed relocation and not looking back.

A few months later, Daniela was offered another job. She and Rachel discussed it extensively before she accepted since it involved relocation. The offer was incredible, and it meant a great school district for the boys. But could they survive the horror show of an unassisted relocation? After long discussions with Rachel and the kids, Daniela accepted. She spoke to her company about her relocation woes, and they put her in touch with her Aires counselor, a formidable woman named Zelda with sage advice and protection against the poltergeists of poor relocation service. On the zoom call to discuss their benefits, the family sat, excited yet terrified at the prospect of another move. The Aires counselor explained how she would help, and the family realized that their haunted relocation woes would have been cleansed with their relocation company’s 24/7 support, vetting of hotels, tracking of shipment, and proactive communication.

Daniela put her faith in the counselor, and to her joy, it all worked out.

The rental car reservation was waiting for them when they arrived. The hotel had their room ready to go and Carlos and Mateo got to sleep soundly that night, comforted by their two fuzzy Aires Bears that made the beds feel a little less empty. The shipment was on time and the crew was incredibly kind. Even though the auto shipment was delayed due to weather, the Aires counselor was able to get an exception approved with Daniela’s new company, ensuring they could keep their cool rental car for a few more days.

Best of all, the house was immaculate. The items flagged in the inspection were repaired well and Carlos and Mateo set off exploring without a creepy crawly in sight.

Zelda called to check on the family that day, and after hearing their relief said simply and confidently, “This house is clean.”

The next time you are haunted by a bad relocation, call your Aires representative for some insight and guidance to keep all the spooky service specters at bay. 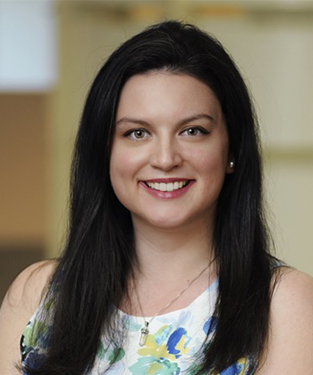